IPHCA Secures 340B Protections and Workforce Win Despite Short Session 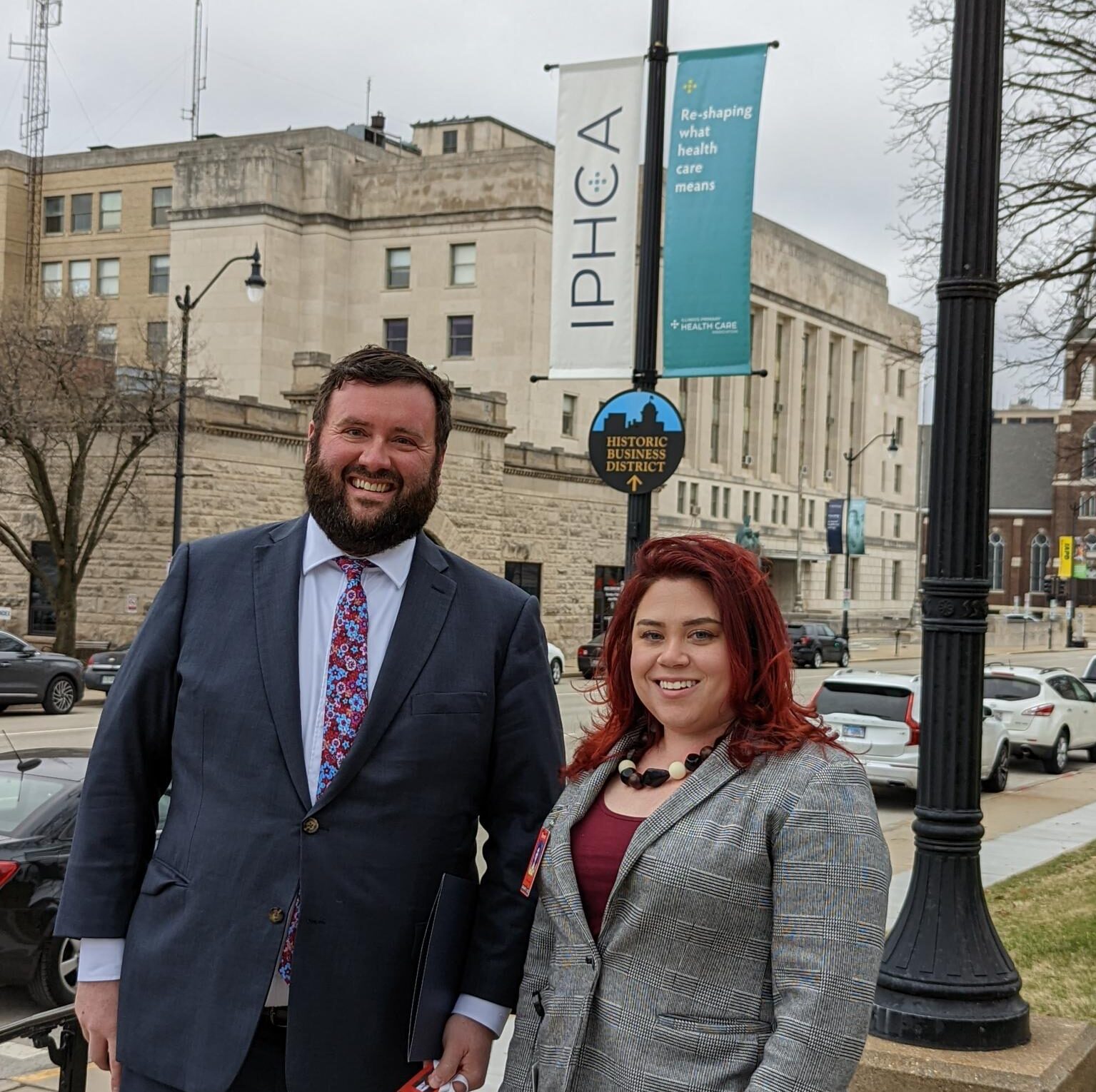 The Illinois General Assembly adjourned roughly six weeks earlier than usual this year, making it one of the shortest legislative sessions in many years. However, even with the much shorter timeframe, the legislature still convened for about the same number of actual session days – consolidating the same amount of work into a much shorter period.

Thanks to all the hard work and support of its members, IPHCA was able to advance its two initiatives – 340B protections (HB4595) and a new workforce investment program (HB4645) – in addition to supporting further expansion of Medicaid-like coverage for undocumented residents and other priority initiatives! Thank you to everyone who took time to respond to our calls to action, contacting your state Representative(s) and Senator(s) and securing their support for these initiatives!

For years, Illinois community health centers have operated their 340B programs under constant threat of programmatic or policy changes that would undermine the program’s intent and take away their ability to generate savings that are reinvested back into underfunded or unfunded programs, like community outreach and engagement, transportation services, substance use supports, to name a few. Three years ago, IPHCA decided it could no longer remain idle and chose to take a proactive stance on shoring up the 340B program. Securing state-level protections for the 340B program became one of the Association’s top priorities.

After months of advocacy leading up to this year’s Spring Legislative Session, followed by countless hours of fraught negotiations over the course of several weeks, IPHCA succeeded in passing our 340B protection legislation! The measure now heads to Governor Pritzker’s desk to be signed into law. With the passage of this bill, we have added a strong layer of protection to this vitally important program.

Additionally, and of significant importance, IPHCA was able to secure these protections in the Medicaid space through the recognition by lawmakers and policymakers of the importance of MCO (Managed Care Organizations) billing to the 340B program for Illinois’ community health centers. We now have in place statutory protections and HFS (Healthcare and Family Services) (Healthcare and Family Services) programmatic guidance that make clear community health centers can use 340B drugs when billing Medicaid MCOs to generate savings, as was intended by Congress.

IPHCA was also successful in passing the Equity and Representation in Health Care Act (HB4645) – a workforce investment program modeled similarly to the federal National Health Service Corps (NHSC) and state Student Loan Repayment Program (SLRP). This new program has several unique features that seek to not only strengthen the healthcare workforce in Illinois’ medically underserved communities but to also strengthen the diversity and community representation within the workforce by prioritizing applicants who:

In addition to creating a loan repayment program that covers provider types such as physicians, nurses, behavioral health specialists, and dentists, among others, this Act also creates a scholarship program for individuals who wish to pursue careers as a medical or dental assistants. In addition to using scholarship funds for enrollment in programs at community colleges or approved training programs, recipients can also use scholarship funds for other expenses related to onboarding like scrubs, equipment, background checks, etc.

Unfortunately, the legislature did not include funding for this new program in the FY23 budget. However, as passed, the program is not slated to go into effect until January 1, 2023. Key legislators and members of the Administration have voiced strong support for the program. IPHCA is working with our legislative champions and the Administration to identify a path forward for how we can secure long-term funding that will give this program life for years to come.

The Healthy Illinois Campaign, of which IPHCA is a Steering Committee member, was successful in expanding Medicaid-like coverage for undocumented residents ages 42-54! This expansion builds on recent efforts that secured coverage for eligible individuals ages 55 and up. The Campaign’s rough estimate is that 27,000 residents will gain healthcare coverage through this expansion that is slated to go into effect July 1, 2022.

Illinois continues to be a national leader in this historic achievement. Again, this initiative would not have been successful without the concerted support of all the Healthy Illinois Campaign members and supporters, including community health centers!

Back to All Blogs